Once known as the “Honeymoon Capital of the World,” the Pocono Mountains received their famous nickname shortly after World War II. As GIs returned to New York City’s harbor, they reunited with their intended, quickly married, and headed to resorts in the nearby Poconos for their honeymoons. This love affair with the Poconos dates back to the 1950’s when such stately resorts as Mount Airy Lodge welcomed honeymooners and other guests onto their grounds. 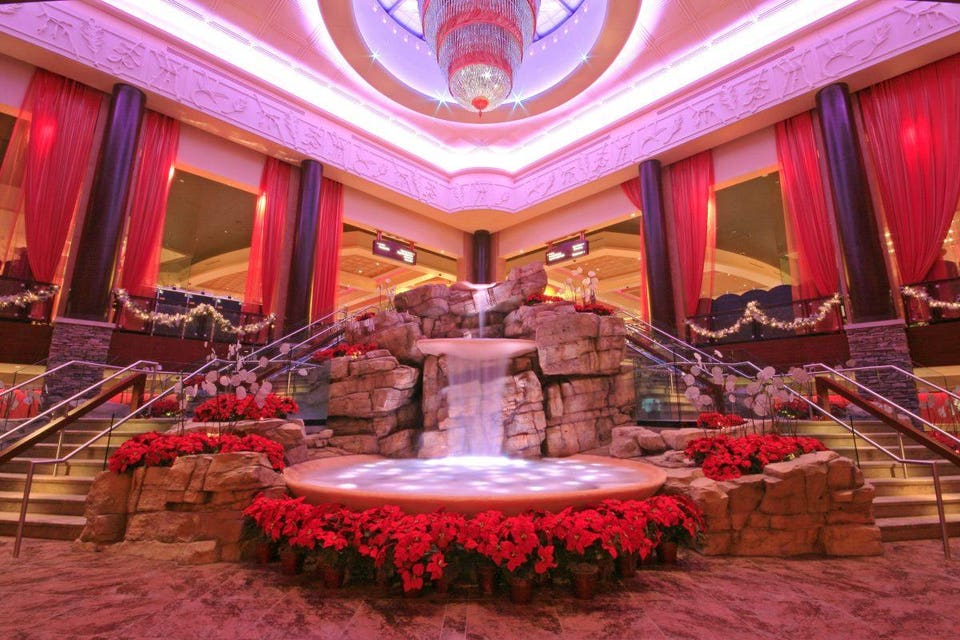 The casino’s interior exudes a class of elegant sophistication that one would expect from such a first-class property.MOUNT AIRY CASINO RESORT

Time took its toll on Mount Airy Lodge which eventually closed its doors in 2001, marking the end of a gilded era. Recognizing its value to the region, a developer purchased the iconic property in 2004 and Mount Airy Casino Resort opened three years later and soon gained status as the state’s first AAA Four-Diamond casino resort.

Sitting on 1,056 acres of prime Pocono real estate, the pristine setting features one of the most picturesque golf courses in the east. Designed after Sports Illustrated “Best 18 holes in Golf,” each hole models golf’s most legendary holes from championship courses in America and is a true test of skill for every level of golfer that decides to take on the challenge. Numerous ponds, streams, hazards and subtle elevation changes add to the allure of this magnificent course.