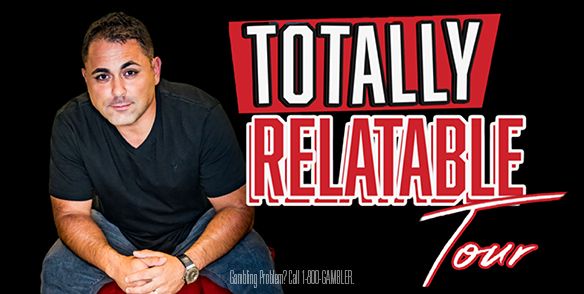 A first-generation Italian-American born and raised in Westchester, New York, Anthony Rodia came out of the womb making people laugh. He hit the ground running and performed 100 shows in just nine months, and within three years Anthony has gained a massive fan base online and around the country. With the onset of quarantine, Anthony made the most of a captive audience, delivering a staggering 86 weekly videos. “ROAD RAGE WEDNESDAY” became a fan favorite, but his Uncle Vinny and Zia Lucia characters transformed into a phenomenon. They are the crazy uncle and aunt you love but can’t be out in public with, who speak their minds (whether you asked for it or not).
Anthony has appeared on Elvis Duran and the Morning Show, FOX’s Good Day New York, and Elizabeth & Elisa on News 12, he quietly claimed the throne of “KING OF OFF THE BOAT COMEDY.”

*Must be 21 years of age or older to attend