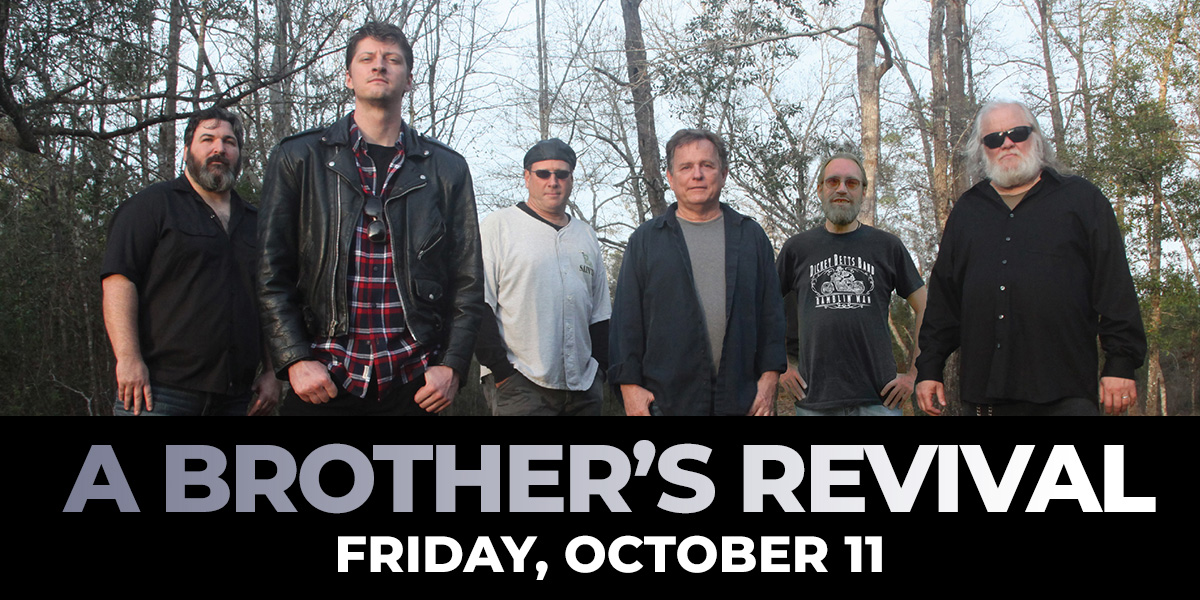 In celebration of the 50th Anniversary of The Allman Brothers Band, two former members of that legendary band, David Goldflies (78-82) and Johnny Neel (89-90) present A Brother’s Revival, honoring their former band by creating an incredible tribute show that includes the fan’s favorite songs in their original format, just as they were performed when David and Johnny were touring with Gregg, Dickey, Butch and Jaimoe.